“A singularly marine & fabulous produce”: the Cultures of Seaweed

“A singularly marine & fabulous produce”: the Cultures of Seaweed

A Singularly Marine & Fabulous Produce: the Cultures of Seaweed opens to the public from June 15 – December 3, 2023 and is curated by Naomi Slipp, Douglas and Cynthia Crocker Endowed Chair for the Chief Curator, and Maura Coughlin, Northeastern University. Much like the space of the shoreline itself, which is never a fixed point but always moving, shifting, and changing depending on the tide, seaweed is uniquely invigorated by its marine environment and always changing -- both in form and appearance and in its cultural and social meanings and uses. Because of this, designers, artists, photographers, and artisans have turned to it for inspiration in painting, decorative arts, and design, and as the material medium with which they have created souvenirs, mementos, and scrapbooks.

Drawing together a wide-range of media, and spanning European, American, and British examples, this major exhibition probes humankind’s fascination with seaweed across the nineteenth century and into today, tracking changing aesthetics and modes of representation, while underscoring a continuous and unwavering interest in this “marine & fabulous produce,” as described by Henry David Thoreau (1817-1862).

Nineteenth-century American, European, and British audiences were drawn to the myriad unique and mysterious qualities of this vegetation of the sea. Seaweed was a subject of middle-class parlor entertainments, personal gift giving practices, serious scientific study, industrial application, “making-do” working-class culture, culinary experimentation, and aesthetic examination. In various locations, seaweed appealed to working class laborers and farmers, and to middle and upper class collectors and scientists. It also appeared as a subject and a material in fine art, personal scrapbooks, and various shoreline industries.

This exhibition centers Seaweed Gatherers by US-born artist Clement Nye Swift and uses it to triangulate geographic space between Northwestern France, Southern England, and the SouthCoast region of Massachusetts where seaweed was and continues to be an important facet of the shoreline economy. Across these geographic regions, seaweed was an important coastal resource, supporting local communities through traditional practices related to collecting and gathering in intertidal zones. Seaweed was used as fertilizer for farming, insulation for houses, in cooking, and as bedding for livestock.

The scientific study of seaweed had its heyday in the 1840s through 60s -- promoting an interest in collecting, drying, and pressing specimens. Publications on the undersea world and the science of seaweed and its collection and display attempted to capture the mystical qualities of seaweed, which dances under water, enlivened by the current, and glistens in vivid colors, only to become murky, flat and limp when removed from the sea. Some used color lithography to capture the jewel-like tones and animation of the underwater flora, others inked the original materials and printed with it. Collectors pressed it onto the page presenting it as a dried specimen or created salt paper prints and cyanotypes of the original material exposed to the sun. Such practices then transformed into a popular pursuit -- especially for middle and upper class women -- in the later decades of the 1800s.

This major exhibition at the NBWM includes loans from over fifteen public institutions and private collections along the Eastern seaboard. A 200-page hardcover catalogue extends the focus of the exhibition and includes short essay from 12 interdisciplinary scholars, whose topic range from foodways to decorative arts to photography to seaweed as carbon sequestration. The project’s programming and catalogue make connections between the cultural histories of seaweed, as explored in the exhibition, and the urgent environmental issues of today related to climate change, aquaculture, and sustainability – where seaweed is at the forefront. 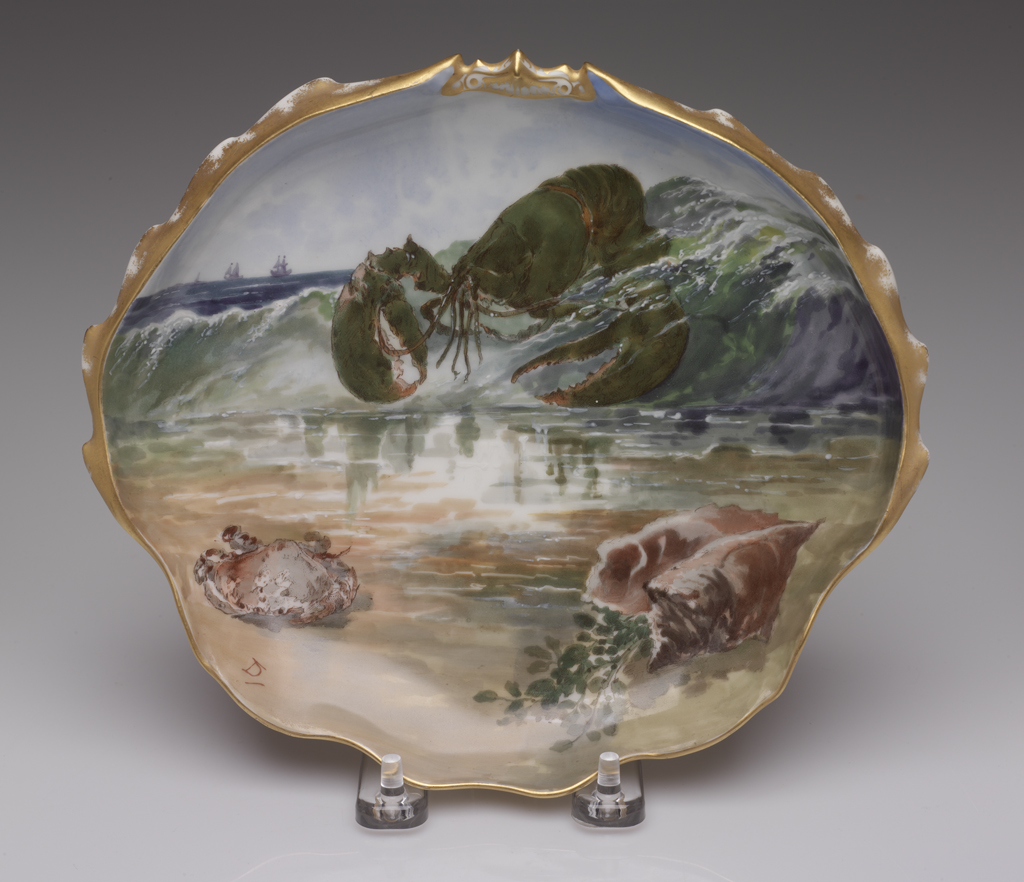 Shirley Hibberd (English, 1825-1890), The seaweed collector, a handy guide to the marine botanist. Suggesting what to look for, and where to go, in the study of the British Algæ, and the British sponges (London, Groombridge & sons, 1872), Rare Books and Manuscripts, Yale Center for British Art.